Most of us are intrigued by the amazing graphical character designs of our all-time favourite animated movies like the Shrek, Monster Inc., Ice Age etc. In fact, @CG (Computer Graphics) character designs for computer games makes up an integral part of the gaming process. Much as we often take for granted these creatively detailed designs, there is always a tedious behind-the-scene effort needed to make these characters come ‘alive’ by first creating an animated 3D model.

The CG characters you are about to see are created with powerful 3D tools like ZBurhs, 3DMax, Photoshop, etc. In order to appreciate the beauty of our favorite on-screen characters, one should see how the 3D models are first created. In essence, it is analogous to the molding of the characters before we give life to them through animation. We hope this list will give you a greater understanding on the complexity of making 3D CG characters.

Free STL models that you can download and print 3D models. Read more

“This is my Warhammer rider character without textures, rendered in mental ray with SSS shader.” – Joe Deng

“This is a concept of a demonic prince designed solely in Silo and ZBrush on the fly as I developed it. Much inspiration was drawn the from art and style of the worlds of Diablo, Warcraft and Oblivion. I used Silo to build all the base meshes for attire/accessories, and ZBrush to shape, pose and sculpt everything.” – Rami Ali

“I’ve been wanting to do a Gladiator fantasy type project for some time now, since it’s not a style I would normally do. Mostly done in ZBrush; I used 3ds Max for the base meshes for some of the hardsurface objects.” – Gregory Callahan

“This is a Troll I made Using Zbrush and Maya. I am still learning all the technical stuff involved in making digital figures but I hope that some of my traditional skill have shown through.” – Dankatcher

“I was watching a lame documentary on Venice Beach a few weeks back (I don’t have cable) and thought it would be cool to capture the fluid motion of a roller dancer skating along the beach. Here’s what I came up with: “Roller Bunny’ÃÂ “– Gregory Callahan

The Masked One @Alejandro Mendoza

“Sculpted in from Zspheres, poly-painted and rendered within ZBrush, then composite in Photoshop.” – Alejandro Mendoza

“The image pictures the fall of a titan. The image was done in 3ds max and rendered using skyraider3D’s e-light script.Bump maps and spec maps have been made in Photoshop.” – Raul Teleki

“A barbarian base on a concept found on Blizzard’s website. XSI for the base modeling. ZBrush for sculpting. “– Konartist3D

“Sculpted in Zbrush 3.1 over the course of’ÃÂ¦around 8 hours or so I guess. Render took 20 mins to complete. I tried to capture the “features’ÃÂ she has on her face in the anime’ÃÂ¦but working from a strictly 2D reference, especially anime ‘with all the simple lines and renditions of everything’ is challenging. I finally was happy with the way the face looks and feel it kinda captures her appearance.” – Cheebees

“This character was inspired by some medical units from WW1. The gear is a mix from diferent periods and regions.” – Andrei Cristea

“I took the lineart of my character ‘Blitz’ÃÂ and used it as reference to sculpt the him in Zbrush. I used the project to learn the software and its production pipeline.” – Chemb0t

“I found this cool concept on Blizzard’s website of a Protoss Dark Templar with armors made of Zerg skulls. It was too cool to pass up. I couldn’t find a concept of the back and some areas that were in shadows, so I took some liberties.” – Konartist

“She was my fav ;] Lots of love went into her, and her pose. I had no reference what so ever with the pose so I used myself kind of. Think It turned out great.” – Mr. Vicious 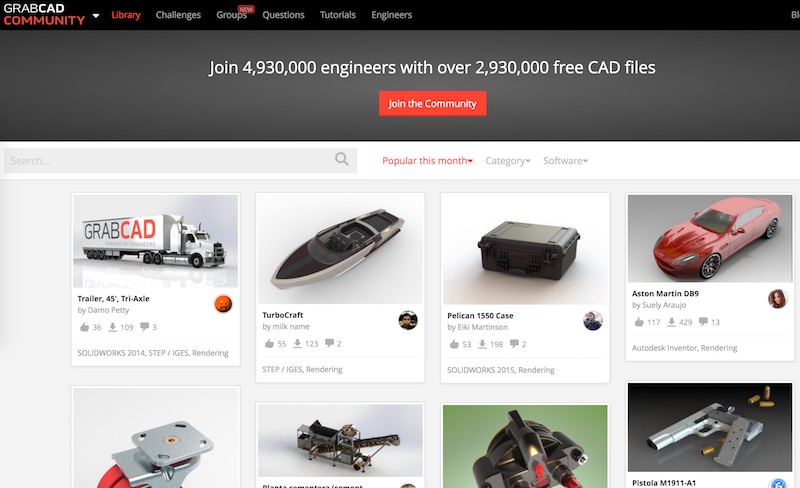 3D printers have immensely revolutionized the art and manufacturing industry. With advancement ...