Working as a freelance designer, writer, video editor is hard. There’s usually no support Ã¢ÂÂ it’s a lonely road. The most annoying thing about doing creative work on your own is the “creative blocks” (should we call them monsters?) you hit from time to time.

They’re scary, those damn monsters. They’ll get your agent angry, your readers unhappy, and your clients running. The reason they attack is because your day-to-day state really affects your work. The way you feel on a consistent basis determines the quality and refinement of your efforts.

But there’s a way to survive. First, you can avoid everything by just making sure you keep the monster inside you happy. Here’s how.

7 Ways to Increase Your Creativity

7 Ways to Increase Your Creativity

Let’s get this out of the way to begin with: you are creative! Creativity is a governing force… Read more

Your workspace is like the painter’s canvas. Don’t keep it clean; keep it inspiring. If you’re a neat, tidy person and order inspires you, then yes, clean it up. If not, and you’re like the majority of creators out there, make sure your workspace is:

10 Ways to Stay Creative While Working From Home

10 Ways to Stay Creative While Working From Home

Working from home is a dream come true for a lot of us. We get to choose our… Read more

Set a goal for yourself. If you’re a writer, set a daily amount of pages you’ll write. Anthony Trollope, a well-known, successful novelist of the 19th century was known to force himself to write 3000 words (250 words per 15 mins, for 3 hours) before going off to his job at the postal service. This he kept up for 33 years, in the span of which he wrote more than two dozen books.

If you’re interested in other funky targets and rituals that creative people have used over the centuries, check out Daily Rituals: How Artists Work.

Unlike some people think, a routine work schedule helps your creativity in that it helps you achieve the before-mentioned quota. A routine is just another sort of ritual, which takes place in your micro-cosmos.

Here are some examples:

Nude Ritual: Victor Hugo wrote The Hunchback Of Notre-Dame while in his house, totally naked.

“Done by noon, drunk by three” routine: The phrase comes directly from Ernest Hemingway, who used to apply it thoroughly while writing The Old Man And The Sea. He stops working at noon and gets drunk, daily. Fun times.

Writing horizontally or vertically: Albert Camus wrote while standing. Prust, Twain and Orwell did so while lying in bed horizontally. Heck, Kafka is rumoured to have stood on his head for creativity. Whatever floats your boat, really.

Not sleeping: Painter Salvador Dali is famous for his sleep tricks. He’d use all sorts of waking up mechanisms as soon as sleep would take him – slipping keys from his hand which banged against carefully placed metal plates for example. He said it made him more productive.

How to Condition Your Mind for Higher Productivity

How to Condition Your Mind for Higher Productivity

Every morning I wake up with a single thought. Do more. Create more jobs. Write more articles. Make… Read more

If all else fails, and you find that you’ve awakened the monster, and the giant comes running at you, grabbing you by the neck, you should, with the last life you’ve got left in you, do the following.

Start working anyway, despite the fact you don’t feel too creative. Don’t analyze your work, just compose. No judgement, just creation. Go ahead and create, not thinking about the way in which you do it. Often times, that’s enough to loosen the monster’s furry grip.

How To Find The Writing Zone And Stay There

How To Find The Writing Zone And Stay There

The runner’s zone is a situation that occurs when you have run for a long time, and your… Read more

If you’re still barely clinging on to life, do the exercises below. Their goal is to jumpstart your brain’s software, literally “warming up” your creativity by putting your synapses and neural pathways to work!

This comes straight from philosopher Robert Anton Wilson’s bestseller, Prometheus Rising. In the book, Robert talks about conquering our potential through understanding the way our brain is wired. One of the exercises goes as follows:

Think about the electrons in your body. Then go bigger. Think about the atom containing them and their movement. Then ponder about your molecules. Scale up and think about the nucleus of the cell which contains all that matter. Then the cell itself.

Work your way up through the body, thinking about each tiny bit, constantly increasing the size of the lens through which you look. After that, your body, your room, house, neighborhood, area code, district, city, country, continent, planet. Try to have a satellite view of each, thinking about as many details as possible.

In the end, you should be at the edge of the observable universe. Here’s a tool to help you with this exercise.

This exercise is my favorite. It’s tons of fun.

Just pick something to think about. Let’s say a rabbit. Then, as fast as you can, find the next logical connection in your mind. Let’s say rabbit makes you think about running. Then what does running make you think about? Maybe Usain Bolt, maybe the speed of sound or maybe standing still.

This exercise works on your own personal universe of mind connections. It should be done for at least a few minutes.

In that time, you should have covered dozens of even hundreds of elements, and you’ll find yourself in a very, very different space then when you’ve started.

Check out sites like 500px, deviantART, or Tumblr or photography and art blogs such as this. Search for tags such as “weird”. You’ll be amazed at what you find.

Find something you’re really against and write 5 arguments if favor of it. Make it a really taboo topic. Trying to understand somebody else’s totally different belief system and values (even when they are totally wrong) will develop new neural pathways.

Make sure it’s something you have a strong opinion about, like teenage pregnancy, abortion, death penalty or your mom’s cooking.

Whatever the topic, shifting your reality tunnel and your beliefs, even for just a moment, by looking through the eyes of “your enemy” is hard – but it’s sure to get your creative juices flowing. 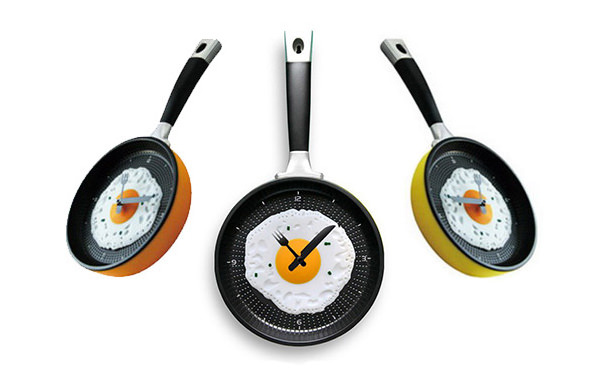 10 Creative and Unique Clocks For Your Wall

Time is essential to the modern world to keep everyone in sync. While more and more smart watc ...

Famous brands are recognized for their flagship products, but would their brand shine on other ... 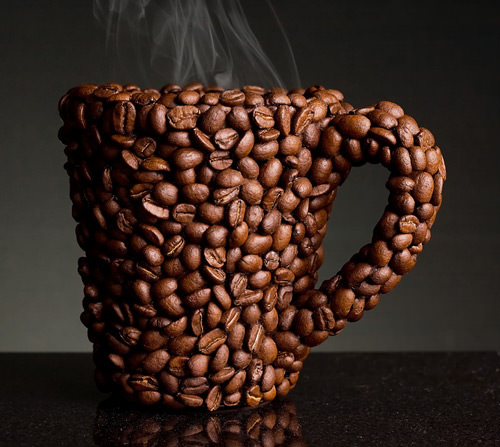 Nothing wakes me up better than a good cuppa in the morning. To some of us, cups, mugs, glasse ...