Search Engine Results Pages (SERPs) are the pages that Google and other search engines show in response to a user’s search query.

They’re made up of organic and paid search results.

In this guide, you’ll learn:

Most people click organic results on the first page of the SERPs and rarely visit page two.

This is why everyone wants to rank on the first page of Google. If you’re on page two or beyond, you’re practically invisible.

But ranking on the first page doesn’t always equate to lots of traffic for a few reasons.

First, most of the organic clicks go to the first few positions.

Second, paid results often push the organic rankings down in the SERP.

For example, Google shows four paid ads above the organic results for “buy eyeglasses online.” Because of this, 39% of all clicks go to paid results.

Just take a look at the results for “most searched thing on Google”:

Because Google answers the question in the SERP, there’s no need for searchers to click on a result.

SERPs may look different for each query, but they’re all made up of the same three building blocks. These are:

Below, we’ll walk through each of these in detail, and explain how you can show up there.

Paid search results appear before, and sometimes also after the organic results.

Both types of results are virtually indistinguishable, the only real difference being that paid ads are marked as such.

Paid ads work on a Pay-Per-Click (PPC) basis, meaning that advertisers bid on keywords and pay Google for each click. The highest bidders generally receive prime placement, although Google also takes other factors like the relevance of the ad and CTR into account.

Bottomline: If you want to appear in paid ads, you’ll have to dig into your piggy bank.

Because there are often thousands of matching results, Google sorts them using hundreds of ranking factors. As a result, the most relevant and high-quality pages generally end up on the first page of the SERPs.

Nobody knows all of Google’s ranking factors, but we do know some of them.

For example, we know that the number of backlinks to a page is important.

In terms of how Google displays organic results, they usually show the title, URL, and a descriptive snippet.

Google showing the URL, title, and a descriptive snippet for our post about LSI keywords.

You can tell Google what to display in the SERP by setting the page’s title tag, URL slug, and meta description.

However, while Google almost always shows the hardcoded title tag in the SERP, it often chooses something other than the meta description for the snippet.

For pages with structured data, Google sometimes shows rich snippets alongside the regular organic results too.

Bottomline: if you want to appear in the organic search results, you need to focus on creating the best and most relevant result for the query. You also need to make sure Google can index your pages, and that they’re optimized for search.

SERP features are non-traditional results. They can be paid, organic, or pulled directly from Google’s Knowledge Graph.

Various types of SERP features in the search results.

While the purpose of SERP features is sometimes to directly generate revenue for Google (i.e., Shopping ads), the aim is most often to provide information in the search results without the need to click a result.

For this reason, SERP features have a significant effect on SEO.

Recent estimates suggest that over 50% of searches now result in no clicks:

Google hasn’t always shown SERP features in the results. They started to appear more frequently over the past few years as Google built their Knowledge Graph, and their understanding of search intent improved.

However, being featured in SERP features can also increase clicks to your website.

Bottomline: It’s possible to show up in some SERP features, but the way you do that depends on the type of feature.

What SERP features are there?

Google shows dozens of SERP features in the results, and they’re always testing new ones.

Below, we’ll cover some of the most common, their sources of data, and whether it’s possible to appear in them to win more traffic to your site.

Featured snippets show a snippet of content from one of the top-ranking web pages. They’re usually displayed at the top of the SERP, although other results sometimes appear above them.

Example of a Featured Snippet.

Not all featured snippets are text. Google sometimes shows videos (often referred to as suggested clips):

Can you appear in Featured Snippets?

Yes. Most of the time, Google pulls the snippet from one of the top five results.

If you’re already ranking in the top five for a query, and Google shows a featured snippet, it may be worth optimizing your page to try to appear there.

Knowledge Cards appear at the top of the SERP and offer a short, definitive answer to the query. They come in various formats.

There are three main sources of data for Knowledge Cards: Google’s Knowledge Graph, data partners, and other highly-trusted sources like Wikipedia and official government bodies.

Can you appear in Knowledge Cards?

Unlikely. Since data is pulled exclusively from Google-owned and trusted third-party sources, appearing in a Knowledge Card isn’t possible for most websites.

Knowledge Panels provide information about the main subject of the query. They usually appear near the top of the SERP on mobile, and on the right-hand side on desktop.

Like Knowledge Cards, most of the data in Knowledge Panels comes from the Knowledge Graph, and trusted sources like Wikipedia and Wikidata.

However, Google sometimes also links to social profiles and partners.

Can you appear in the Knowledge Panel?

Yes. Google shows branded Knowledge Panels for companies in the Knowledge Graph. These usually include a direct link to the company’s website and links to social profiles.

Your company logo can also show up in competitors’ Knowledge Panels, although it doesn’t link to your website. It performs a Google search for the company name when clicked.

Image Packs show a handful of thumbnails, and clicking on them takes you to Google Images. They often appear at the top of the SERP but can appear further down the page.

Can you appear in Image Packs?

Top stories carousels show recently-published articles, live blogs, and videos. Google displays a thumbnail, title, publisher name, and timestamp for each result, and they usually appear near the top of the SERP.

Can you appear in Top Stories carousels?

Yes. However, according to research by News Dashboard, 99.31% of results on desktop come from sites that are indexed in Google News.

It’s also worth noting that most rankings here are short-lived, as the purpose of the SERP feature is generally to show new results—and pages can’t be new for long.

Google loads more related questions every time you click to reveal an answer.

Can you appear in People Also Ask boxes?

Yes. Like Featured Snippets, answers to the questions in PAA boxes come from third-parties. Having content that answers one or more of these questions means you have a chance of appearing in a PAA box.

That said, it’s unlikely that showing up here will lead to a lot more traffic. PAA boxes are more useful for content research.

Most Shopping results show up for queries with transactional or commercial investigation search intent. For example, “buy protein powder” or “best protein powders.”

Can you appear in Shopping results?

Yes, but it costs money. There’s no way to show up here organically. Learn more here.

Tweets boxes display recent popular tweets in a carousel. These are usually from an official Twitter account associated with the query, but they sometimes show tweets from multiple accounts.

Can you appear in Tweets boxes?

Yes. For brand searches (e.g., “Ahrefs”), Google usually shows recent tweets from the company’s official Twitter account. For non-branded searches, relevant tweets from your account can still show up in the Tweets box.

Sitelinks are links to other pages on the ranking website or other parts of the ranking page. They’re more of an enhancement to regular organic results than a SERP feature, as they appear as ‘extra’ links below a result.

Example of sitelinks for a branded query.

Example of sitelinks for a non-branded query.

The benefit of sitelinks are twofold:

Can you appear in Sitelinks?

Yes. Sitelinks are attached to your Google usually shows sitelinks for branded queries, so it’s likely that people already see sitelinks when searching for your website.

For non-branded queries, you’re more likely to ‘win’ sitelinks when your page is popular and has internal links to other relevant content—at least from my observations.

Video results are organic results enhanced with a video thumbnail. Only pages with embedded videos are eligible, and Google also usually shows the upload date, duration, and the name of the uploader in the SERP.

Most video results come from YouTube, but they can show up for other websites too.

Can you appear in Video results?

If you’re already ranking on the first page of the SERPs, take a look at our 6‑step guide to ranking higher. 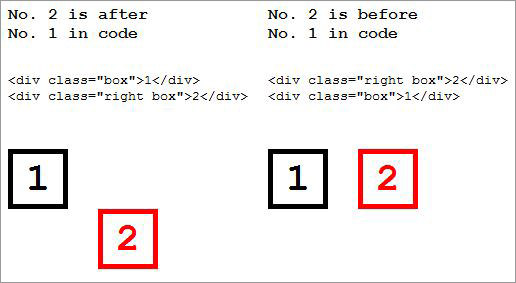 CSS “Floats” (floating elements) are simple to use but once used, the effect it ha ... 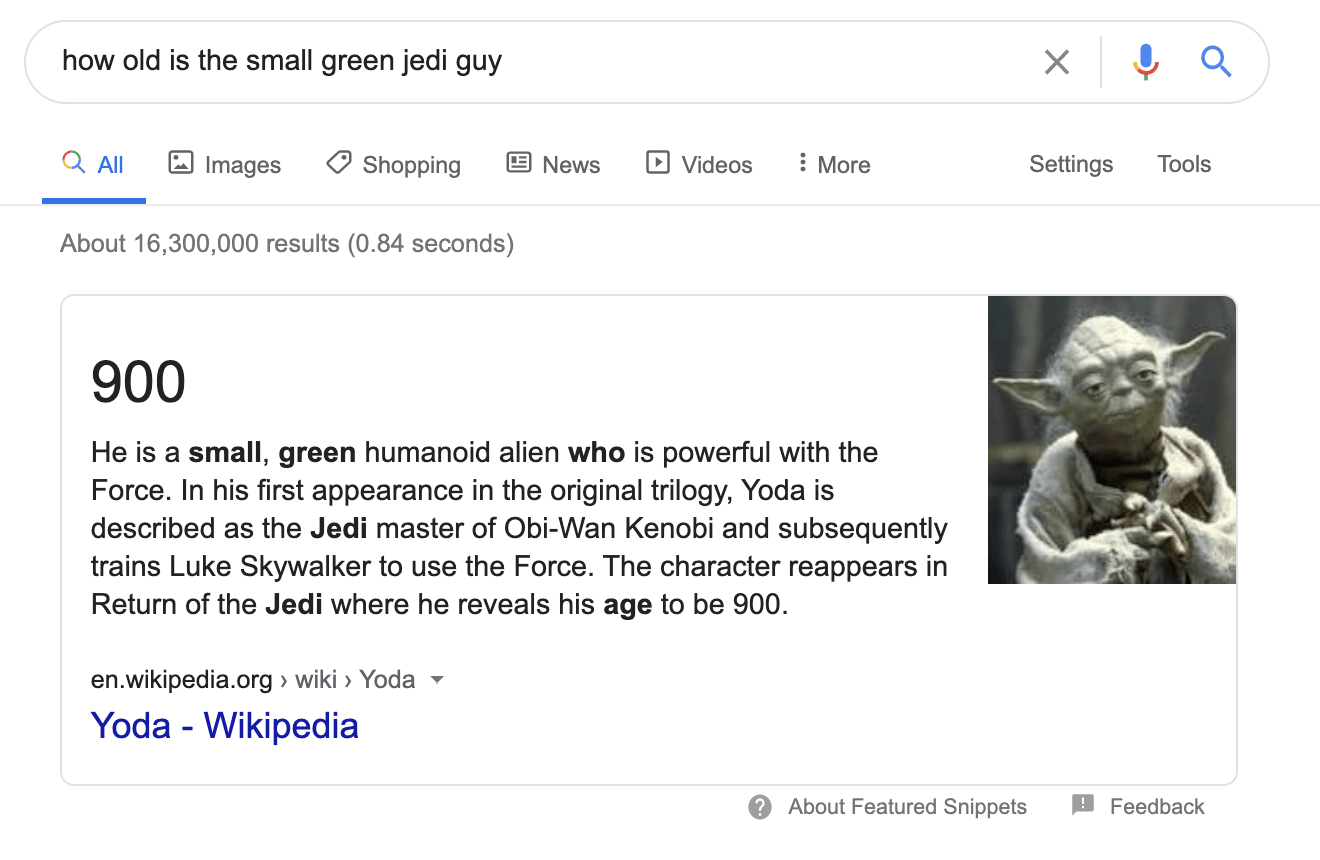 What Is Semantic Search? How It Impacts SEO

Have you ever noticed that Google can handle almost any question you throw at it these days?J ... 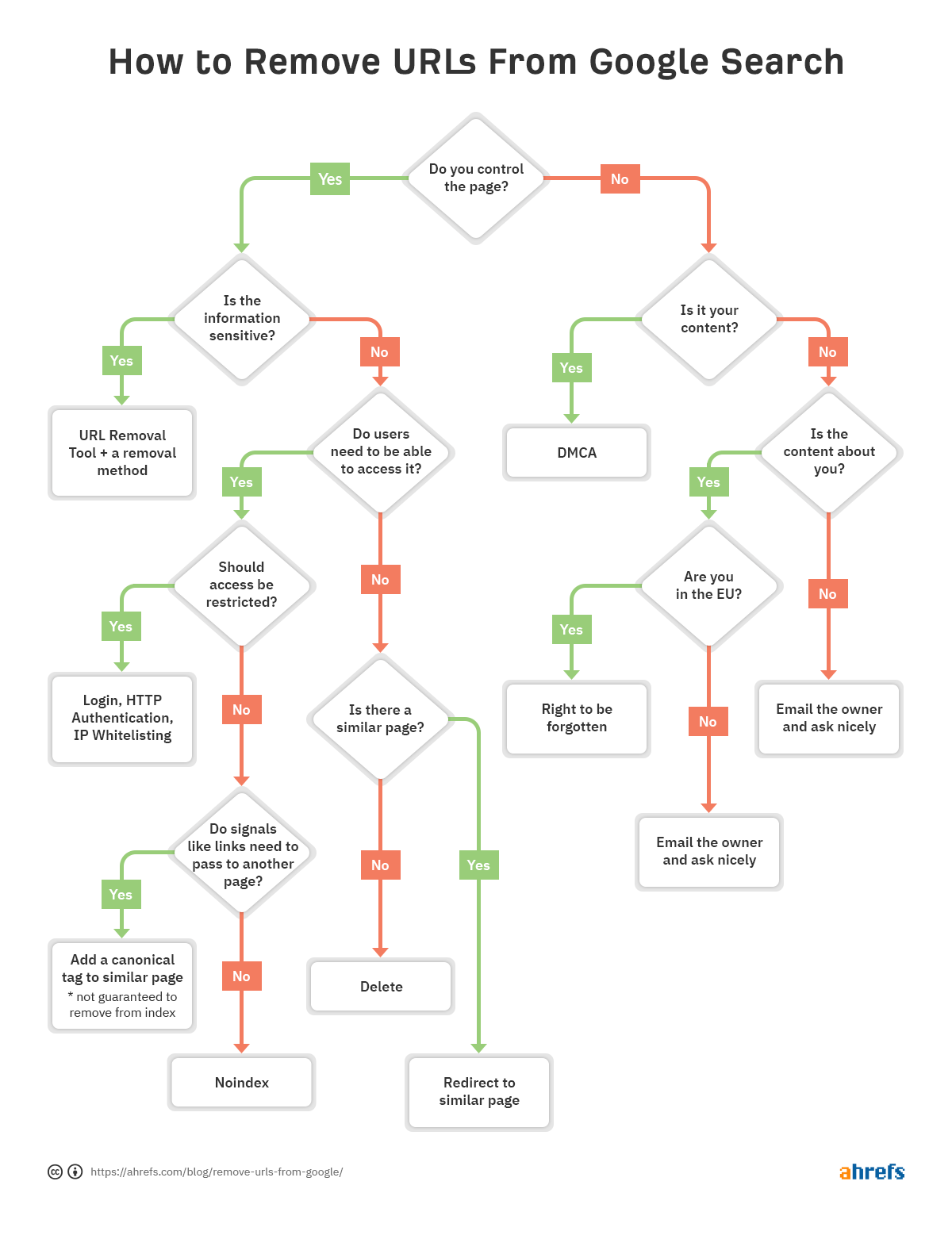 How to Remove URLs From Google Search (5 Methods)

There are many ways to remove URLs from Google, but there’s no one size fits all approach. It ...

Though they’re tiny pieces of graphics, icons do have a great impact on your overall interface ... 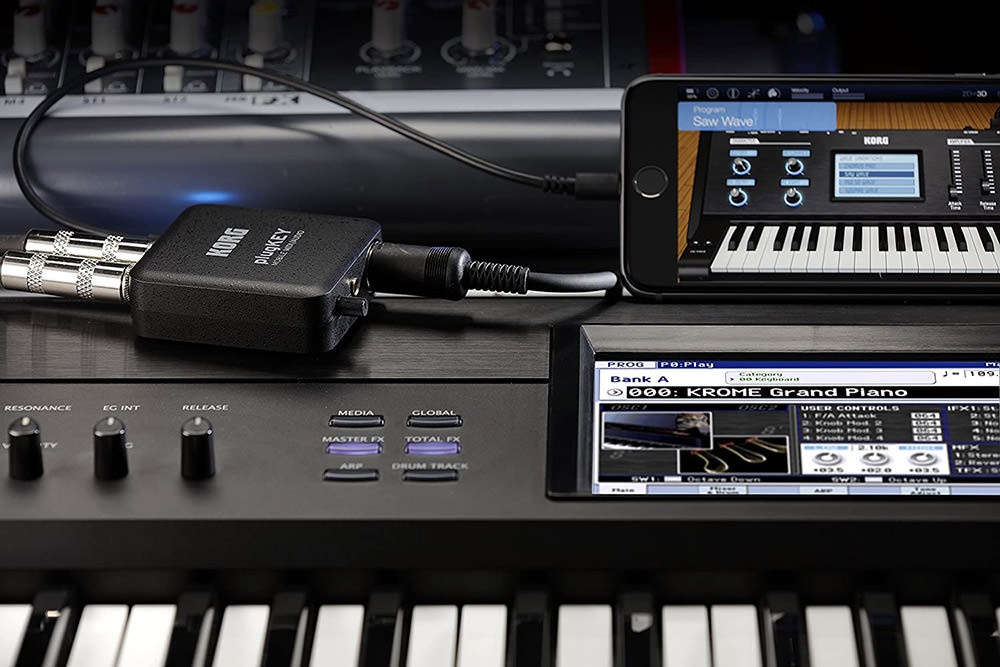 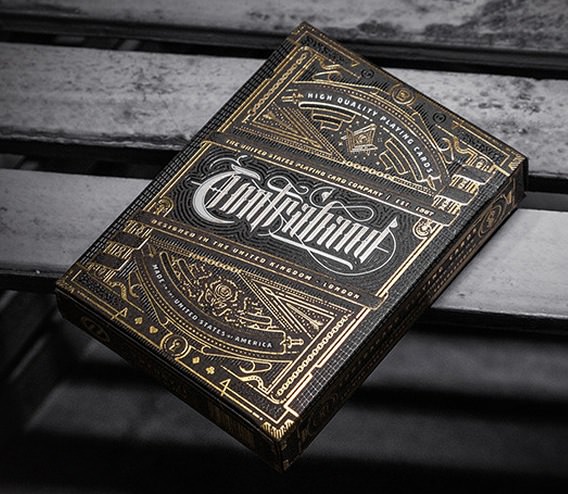 10 Unique Playing Cards (With Cool Design) For The Collectors 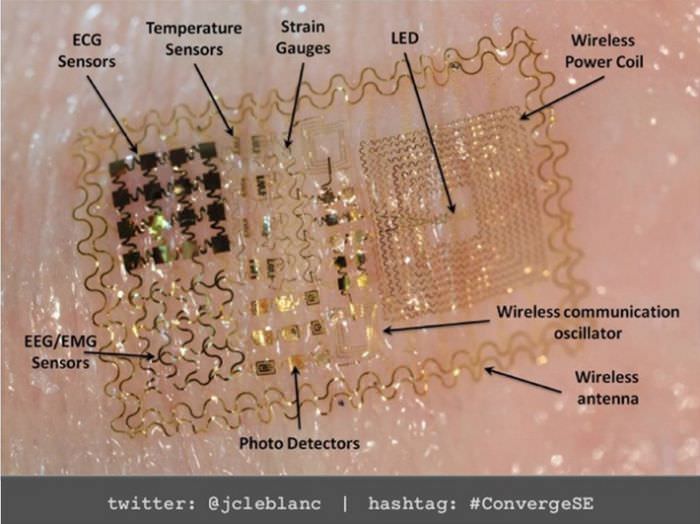 10 Reasons We Won’t Need Passwords In the Future 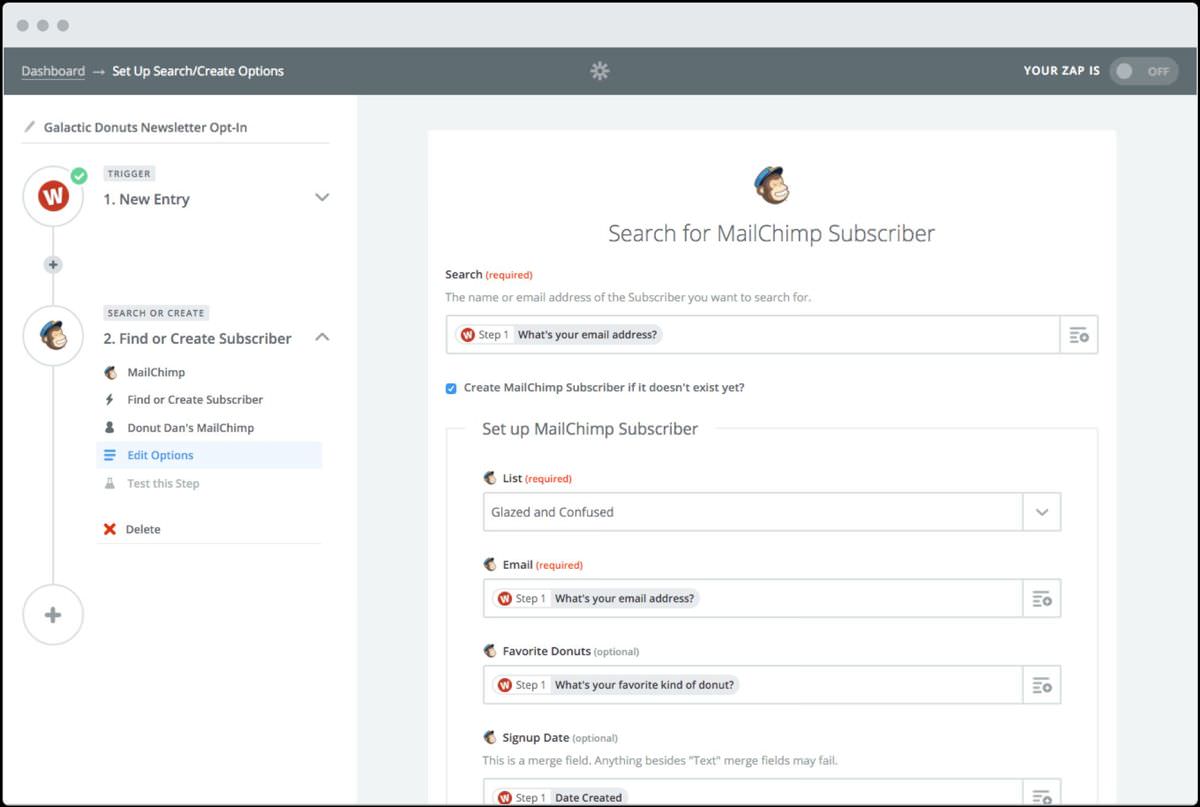 100+ Zapier Zaps and Recipes to Boost Your Productivity 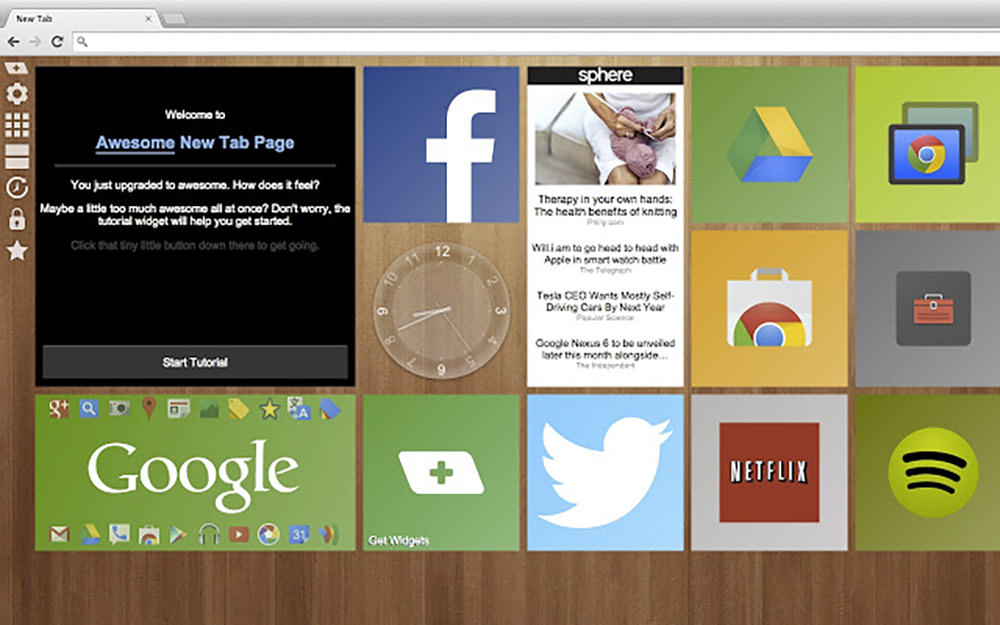 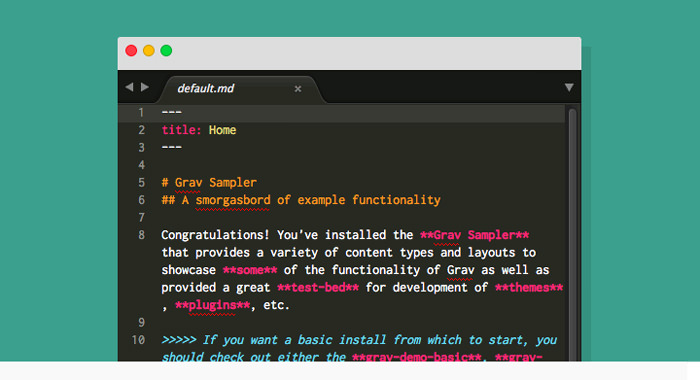 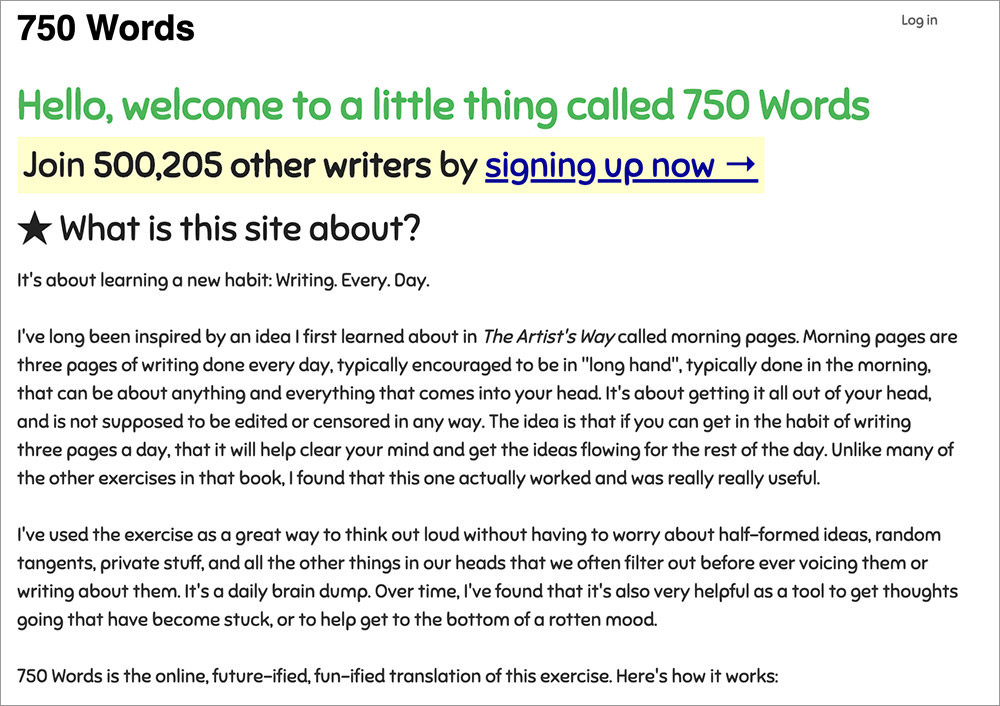 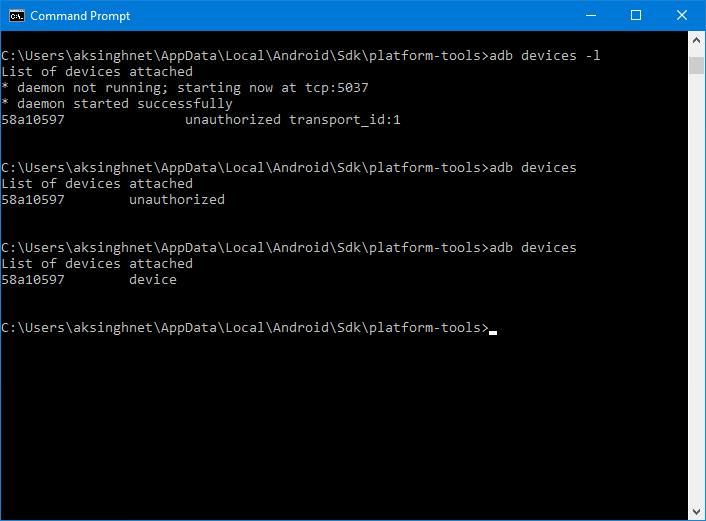 How to Disable Android System App Without Root